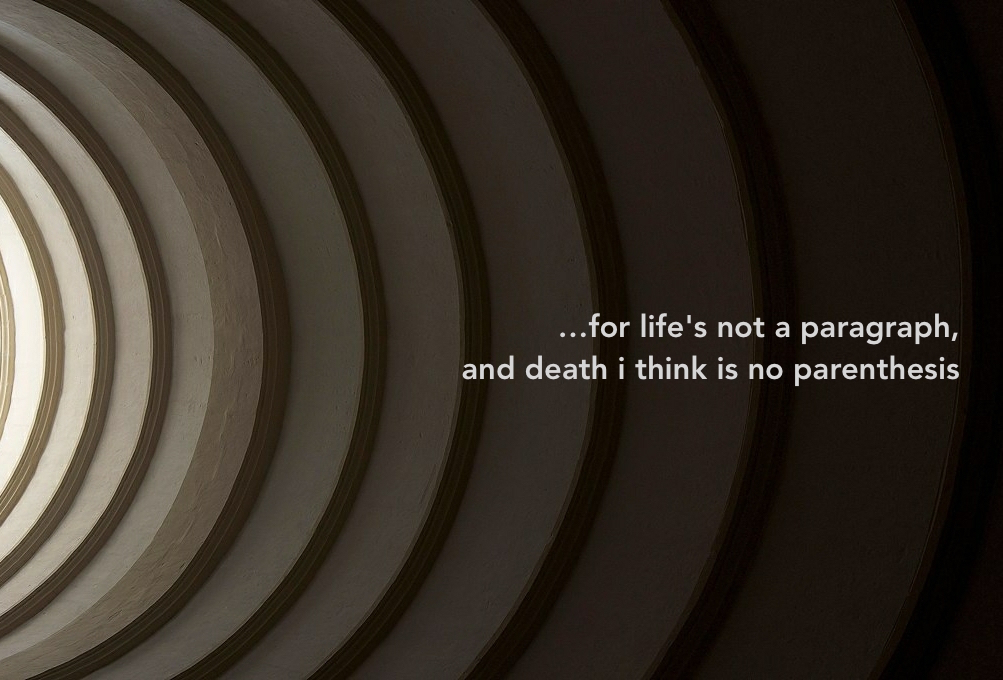 Paragraph/Parenthesis for Orchestra got its premiere at  Metz Arsenal Concert Hall by Orcheste National de Lorraine (ONL) under the direction of Jacques Mercier on 11-7-2011. The piece was performed as a part of the composition workshop Acanthes. This piece was composed after the poem “since feeling is first…” by e.e.cummings. A special set of software tools were developed in order to compute and organize the massive stream of data that constitutes the core-structure of the piece. The fundamental idea of the piece is the construction of a multi-leveled isorhythmic talea that controls and drives various melodic elements and harmonic aggregates in a set of spectral bands. Since such a parametric system is very unstable, a large number of experiments were performed in order for the final material to be selected, formed, and refined.

[…] for life’s not a paragraph. And death i think is no parenthesis e.e.cummings